Cause if you ain't sharin, people ain't carin
Come up in your hood and they take everything you wearin
Lyrics from "It doesn't matter" by Wyclef Jean (2000) 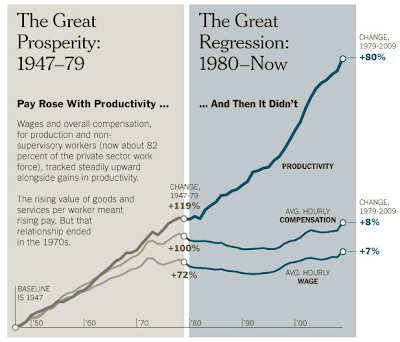 Posted by Pierre-Louis at 2:22 AM No comments:
Email ThisBlogThis!Share to TwitterShare to FacebookShare to Pinterest

The US government is seeking to recover assets worth more $70m from the son of the president of Equatorial Guinea (see this blog post for a background on the country). His US assets include a Gulfstream jet, yachts, cars, a Malibu mansion and nearly $2m in Michael Jackson memorabilia including pairs of crystal-covered socks. Last month, France seized 11 of his luxury cars.

President Obiang's family steals pretty much all of the country's oil revenues and has received huge bribes from US oil companies such as Exxon Mobil and Amerada Hess...
Posted by Pierre-Louis at 10:09 AM No comments:
Email ThisBlogThis!Share to TwitterShare to FacebookShare to Pinterest

How big will the Greek default be? Seems like EU leaders finally reached a deal with Greek bondholders. The latter will lose 50% of the face value of their bonds (see FT). Is this a big deal? Well, according to the graph below taken from a Vox column by Cruces and Trebesch, it's definitely a bigger than average haircut. Needless to say, a bad haircut is not forgotten quickly. As Cruces and Trebesch write: "Higher haircuts are strongly associated with higher borrowing costs after debt crises, and longer periods of market exclusion". But Greece is in the EU, so things might not be so bad...

Posted by Pierre-Louis at 10:00 AM No comments:
Email ThisBlogThis!Share to TwitterShare to FacebookShare to Pinterest


Posted by Pierre-Louis at 11:05 AM No comments:
Email ThisBlogThis!Share to TwitterShare to FacebookShare to Pinterest

Do smartphones cause car accidents? Evidence from Blackberry cuts


Last week email and internet functions were unavailable to Blackberry users in the Middle East, Africa and Europe after a crucial link in the BlackBerry network failed. In Dubai, traffic accidents fell 20% from average rates on the days BlackBerry users were unable to use its messaging service. In Abu Dhabi, the number of accidents fell 40% and there were no fatal accidents. On average there is a traffic accident every three minutes in Dubai, while in Abu Dhabi there is a fatal accident every two days.

Back in 2005, when globalisation and its detractors were still beating at full swing, a friend of mine told me the best book about globalisation wasn't Krugman's or Bhagwati's, but Open World, by Philippe Legrain. I never took the time to read it. Two years later, Legrain published Immigrants, making the case for the free flow of people. Being already convinced, I skipped it again. So when I came upon his latest book, Aftershock, I thought it was due time to give Legrain a try. And I'm glad I finally did.

Aftershock, first published in May 2010, is a great book about "reshaping the world economy after the crisis". It starts off with a few chapters on the crisis, how it happened, how it affected people around the world, how the financial system should be fixed, and how emerging markets are our best hope for a stable recovery. Instead of praising the BRICs, he praises the BEEs, i.e. the Big Emerging Economies, which include China, India, and Brazil, but not Russia. He then warns about the dangers of protectionism, especially against China, and argues that a free flow or people and ideas is of utmost importance for the a prosperous and peaceful world.

He does all this recycling ideas from his previous, Immigrants and Open World, and combining VoxEU-inspired analyses with anecdotes collected from interviews done all around the world. His writing style, probably his greatest strength, is a mix of Tim Harford, the Undercover Economist, and Jagdish Bhagwati, the ardent defender of free trade. He's also reminiscent of Superfreakonomics, especially in his chapter on climate change where he describes the technologies that will allow us to stop polluting.

He is almost as radical as a Chicago boy when arguing about free markets, but most convincing in his conclusion when making the case for an open world from a moral, rather then economic, point of view. This is best captured by a quote from Kishore Mahbubani: "the real value of free-market economics is not just in the improvements in economic productivity. It is about how it uplifts the human spirit and liberates the minds of hundreds of millions of people". Hopefully, if politicians stop being retarded, our future will be an Open World.
Posted by Pierre-Louis at 3:02 PM No comments:
Email ThisBlogThis!Share to TwitterShare to FacebookShare to Pinterest

The persistence of tax-evasion culture

Social norms such as corruption, trust or violence are persistent. If you put an Italian in Switzerland, he will be an hour late at meetings even after living there a few years. Old habits are hard to change. We've learned from previous studies that diplomats from corrupt countries don't pay their parking fines even when in New York, that soccer players from violent countries commit more fouls in the European leagues, and that second-generation migrants still have inhirited trust from their countries of origin.

Now comes a new study on the persistence of culture. Researchers from Indiana University teamed up with the US Treasury to examine cases of corporate tax evasion. They used data on more than 270,000 IRS corporate tax audits from 1996 to 2007 and measured a firm’s tax evasion using the amount of positive adjustment to the firm’s tax liability following audit. They found that corporations with owners from countries with higher corruption norms engage in higher amounts of tax evasion in the US. The authors also show that when the US government beefed up efforts to tackle evasion, these firms were less likely to adhere. As they sum up in their abstract, cultural norms can be a challenge for legal enforcement.
Posted by Pierre-Louis at 12:22 PM No comments:
Email ThisBlogThis!Share to TwitterShare to FacebookShare to Pinterest

Taiwan goes by many names. Sometimes it is "Taiwan, Province of China" (at the IMF), sometimes it is "Taipei,China" (without any space, at the WTO), or "Chinese Taipei" (at the WHO and the World Baseball Classic). The reason behind this cacophony is Chinese pressure. China thinks Taiwan belongs to China, hence it disapproves every attempt by Taiwan to join international events and ends up forcing everyone to use a modified country name.

Bowing to Chinese pressure is now the norm. The World Bank provides no data for Taiwan, even though the IMF does. Costa Rica and Malawi are the last two countries to have cut formal ties with Taiwan. South Africa failed to issue a visa to the Dalai Lama who was supposed to attend Desmond Tutu's birthday. The reason is China thinks the Dalai Lama is dangerous. We have now reached the level where two Nobel Peace laureates who are beacons of humanity cannot get together because of Chinese pressure.

There are two reasons for the bowing. The first is fear of armed conflict. If the US doesn't speak up it's because it fears China will invade Taiwan and what would follow would make the Iraq war look like a mere skirmish. Obama did sell weapons to Taiwan though. This will surely come with economic consequences. Which brings me to the second reason for bowing: economic ties. Breaking ties with China is like saying no to growth. But, as a trade union leader in South Africa puts it best: “Even though China is our biggest trading partner, we should not exchange our morality for dollars or yuan,” (source NY Times).

Posted by Pierre-Louis at 4:09 PM No comments:
Email ThisBlogThis!Share to TwitterShare to FacebookShare to Pinterest

The tragedy of "you're of dick"

Posted by Pierre-Louis at 1:03 AM No comments:
Email ThisBlogThis!Share to TwitterShare to FacebookShare to Pinterest
Newer Posts Older Posts Home
Subscribe to: Posts (Atom)