Cell phones in Africa: Why did governments let this happen?

Bad governments hold on to power not only by controlling fake elections but also the market. Family ties with the few monopolists and threats to defiant businesses allow governments to maintain the business status quo they benefit from. Competition is held in check. And when a foreign company finally manages to set up shop, government officials are quick to throw a monkey wrench into it. This is one major reason why development doesn’t happen in many African countries and beyond.

Yet a few companies have managed to penetrate markets controlled by anti-development leaders. Coca-cola is one example. Another is cell phones. Cell phones are now everywhere in Africa. Prices are lower and coverage better than in Canada. Why did governments let this happen?

Governments can benefit from more business as it generates tax revenues. In the Central African Republic, 40% of tax revenues apparently come from Orange, a French cell phone company. The government surely benefits from these revenues. And so does everyone else (Aker and Mbiti 2010). But in Bihar, India’s poorest state, a "property developer laments how crooked officials in his state prefer “taxing” inputs—the first investments made—to demanding a share in the output of an enterprise, a practice he says is more common in Bengal" (Economist, 4 Nov 2010). If corruption is there to stay, the latter type would at least allow for some competing businesses to flourish.

Development can happen but businesses, and above all foreign companies, must learn how to convince bad governments that they will enjoy the future tax revenues more than the monopolistic rents.
Posted by Pierre-Louis at 2:04 PM 2 comments:
Email ThisBlogThis!Share to TwitterShare to FacebookShare to Pinterest

The life cycle of happiness

Money, among many other things, makes you happier. But one relationship that is even stronger than the one linking money to happiness is the one linking age to happiness. And it is not linear, nor log-linear. It's U-shaped, bending at 46 years old. This relationship exists in all countries around the world, from Zimbabwe to Japan, and was true 40 years ago as well as today. So you get more and more depressed until your middle-age crisis when suddendly life starts getting better. How can this be? The Economist suggests this might be because older people have fewer rows and come up with better solutions to conflict. They are better at controlling their emotions, better at accepting misfortune and less prone to anger. One thing to look forward to! But gotta get to 46 first!

Posted by Pierre-Louis at 9:18 AM 2 comments:
Email ThisBlogThis!Share to TwitterShare to FacebookShare to Pinterest

ht: Easterly
Posted by Pierre-Louis at 4:47 AM No comments:
Email ThisBlogThis!Share to TwitterShare to FacebookShare to Pinterest

French engineers are exploring the possibility of transporting icebergs from Greenland to provide fresh drinking water in the Canary Islands. The idea is to capture the the ice that would otherwise melt into the ocean and use it as an alternative source for drinking water. A recent study estimates that, on the optimal path, it would take 141 days and 4,000 tonnes of fuel consumption to transport an iceberg initially weighing 7 million tonnes the 35,000 km between Greenland and the Canary Islands. Upon reaching its final destination, the iceberg would weight just over 4 million tonnes. Gives a whole new meaning to the term iceberg trade costs!

Posted by Amanda at 8:00 PM No comments:
Email ThisBlogThis!Share to TwitterShare to FacebookShare to Pinterest

While EU governments often say climate change is a top priority, their policies are far from green. Cheap energy-saving lamps from China, which could drastically reduce energy use, are subject to a 66% anti-dumping duty in the EU. The measure protects the German industry, not the environment. So I am quite glad that Chinese traders found a way around this non-sense barrier. According to a 2006 report, Chinese producers have created new factories in third countries for the alleged production of energy saving lamps. In most cases, the lamps are merely assembled or simply put into new containers and reshipped. In some cases, Certificates of Origin are simply falsified, energy-saving lamps are misdeclared as normal lamps, or the values have been reduced.

ht: Lorenz'
Posted by Pierre-Louis at 11:25 AM No comments:
Email ThisBlogThis!Share to TwitterShare to FacebookShare to Pinterest 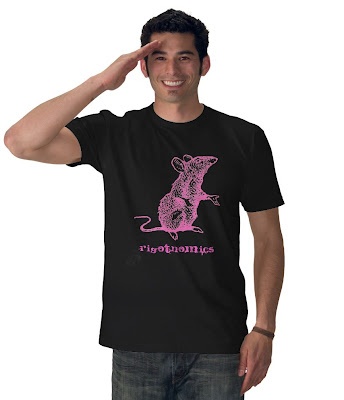 The 2011 collection has arrived. Check the catalog here. Orders (including special orders) should be made before xmas. To order, send an emial to the editor.
Posted by Pierre-Louis at 4:21 PM No comments:
Email ThisBlogThis!Share to TwitterShare to FacebookShare to Pinterest

Posted by Pierre-Louis at 6:11 PM No comments:
Email ThisBlogThis!Share to TwitterShare to FacebookShare to Pinterest

Should governments pursue happiness rather than economic growth?

This is the question The Economist asks its guest contributors as well as the topic of its latest Economics Focus. It turns out most experts agree the question is attention-grabbing but poorly phrased. As Baldwin writes:


Governments do not now pursue income maximisation at the expense of everything else. Virtually all governments impose unnecessarily distortionary taxation... They subsidise culture and education in excess of the strict utilitarian minimums. They impose progressive income taxation and distort value-added taxation in the name of income distribution. Moreover voters demand such things. The short answer therefore is “of course not”. The real question is should we try to quantify the touchy-feely things like income distribution, cultural values, quality of life, man’s inhumanity to man? There I’d say that the effort is worthwhile (and already undertaken to some extent in the Human Development Index approach). However, as the piercing analysis of Martin Ravillon shows such indices must be interpreted with care. The best strategy is probably to have a number of them developed by a range of government and non-governmental agencies.

But happiness and income seem to go hand in hand. Hence it might not be such a drastic change to target happiness. But as Harold James notes, it is not clear if we are measuring short or long term wellbeing. In Latin, these are two different words. Felix is the short-term state of happiness while beatus is the longer term state. He said we should try to measure the latter.

Posted by Pierre-Louis at 11:57 AM No comments:
Email ThisBlogThis!Share to TwitterShare to FacebookShare to Pinterest
Newer Posts Older Posts Home
Subscribe to: Posts (Atom)